Alan Mandel is admitted to practice in Missouri and Illinois and before the 8th Circuit Court of Appeals, the 7th Circuit Court of Appeals, and the federal courts of the Eastern District of Missouri and the Southern District of Illinois. He is a Phi Beta Kappa graduate of Washington University, where he received his A.B. in 1975 and his J.D. in 1978. He is active in many legal organizations, including the Missouri Association of Trial Attorneys (MATA), the American Bar Association, the Lawyers Association of St. Louis and the American Association of Justice. He was president of MATA from 2009 to 2010 and has served on its executive committee for 11 years. He also served, by Supreme Court appointment, on the Region XI Disciplinary Committee of the Missouri Bar. He is AV® Preeminent™ Peer Review RatedSM by Martindale-Hubbell®.

Alan is past-president of the West Point Parents Club and currently sits on the board of St. Louis Charter School. 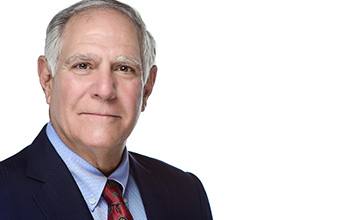